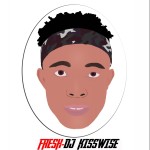 Controversial cross dresser, James Brown has thrown the internet in a frenzy after showing off his mystery man on social media.
Naija News reports that the non-binary media personality who recently celebrated his father took to his Instagram with a massive following of over six hundred thousand followers to show off his mystery man.
Although, the face of the yet to be identified man was meticulously hidden from curious fans who stormed the video with wide guesses of whom it might be.
See photo below;

BEST OF VIDEO OF THE YEAR

Since Psquare Is Back, When Will They Continue Their Break Dance?